ELIps: A scientific station for time-resolved spectroscopy ellipsometry in the optical range and XUV materials science.

operates with the in-house developed L1 Allegra. X-ray radiation is in the spectral range of 3–77 keV. Using an off-axis parabola, the laser beam is focused onto the continuously restoring solid-density target, enabling long-term 1 kHz operation of the beam line. The beam delivery chamber and the plasma interaction chamber are separated by an anti-reflection (AR)-coated quartz window to suppress contamination of the beam transport system by debris. Several diagnostics will be implemented in order to monitor the driving laser beam and the output X-ray radiation: 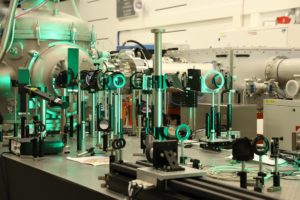 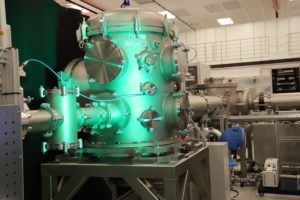