The L4 Aton laser system is designed to generate an extremely high and unprecedented peak power of 10 PW (Petawatt) in pulses with duration of 150 fs.

The system architecture is based on chirped amplification (CPA) in several successive stages of optical parametric amplifiers, followed by direct amplification in two types of Nd:glass laser discs. Innovative technologies including disc liquid cooling enable to operate the system at the repetition rate of up to 1 shot per minute, which is more than one order of magnitude higher compared to other present-day kJ-class lasers. The laser was built by the consortium of National Energetics (USA) and EKSPLA (Lithuania), with major contribution of ELI Beamlines, which developed the 10 PW compressor and participated in development of numerous subsystems including the OPCPA preamplifiers, diagnostics or integrated electronic control system.

The L4 ATON laser pulses will be routed to E3, E4 and E5 experimental halls, where they will be used, for example, for the laser-matter interaction research or particle acceleration.

The L4 laser system can operate in two main regimes as shown schematically in the block diagram below. 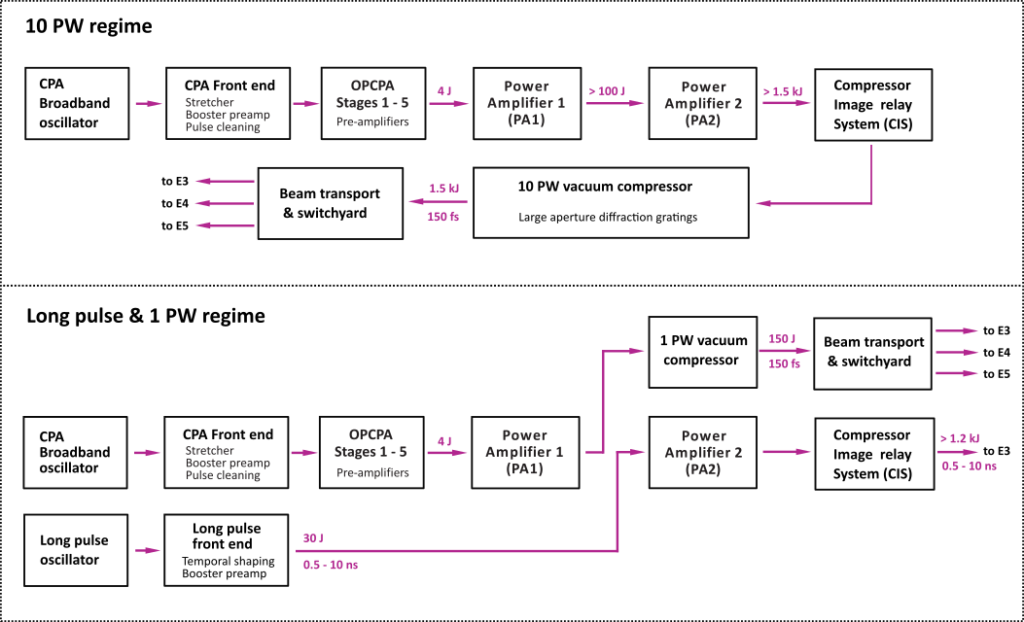 In the first regime, femtosecond pulses from a broadband oscillator seed the entire amplification chain consisting of OPCPA preamplifiers and flashlamp-pumped Nd:glass power amplifiers. The pulses are then compressed to reach maximum power of 10 PW in the compressor using large-aperture multilayer dielectric diffraction gratings.

In the second regime, amplified femtosecond pulses are routed into the auxiliary 1 PW compressor already after the Power Amplifier 1. Pulses generated in a separate long pulse front end are directly injected in the Power amplifier 2 instead. In this hybrid operating mode the laser simultaneously delivers PW-class femtosecond pulses and nanosecond pulses with energy of 1.2 kJ. 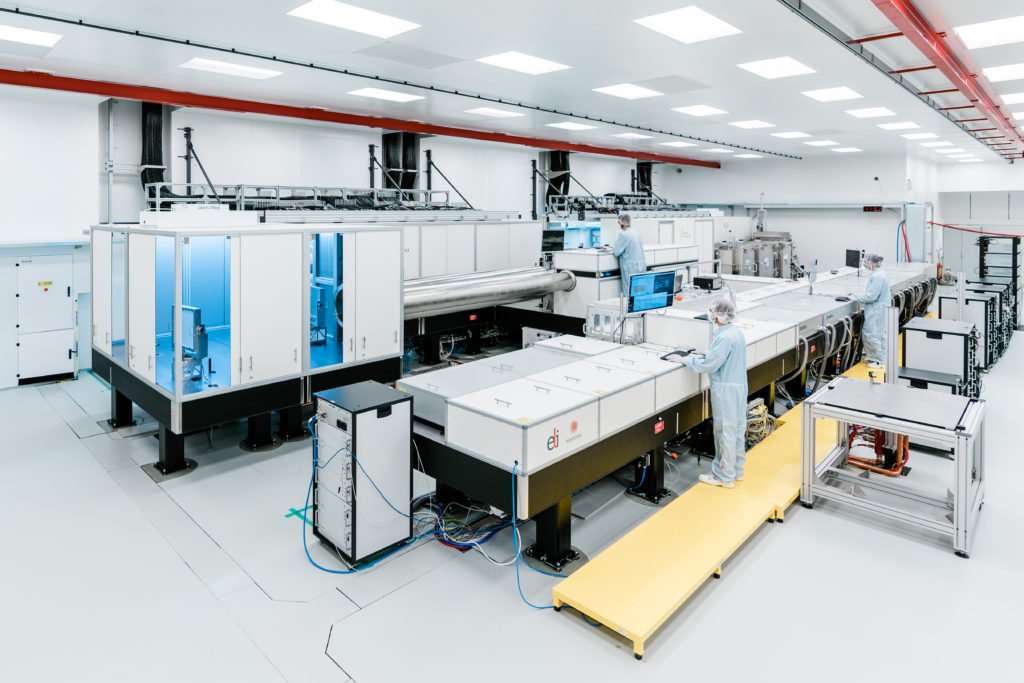 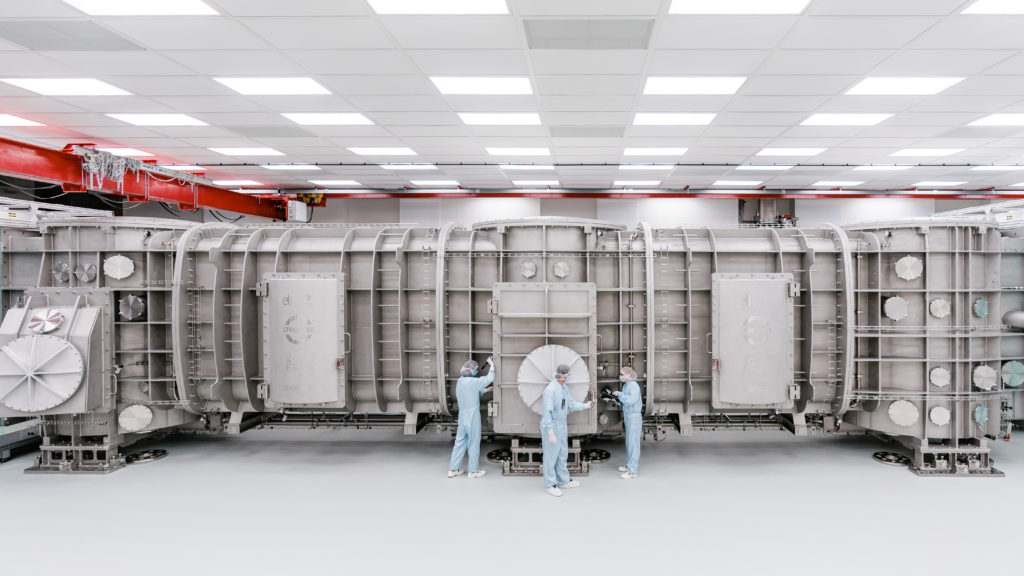 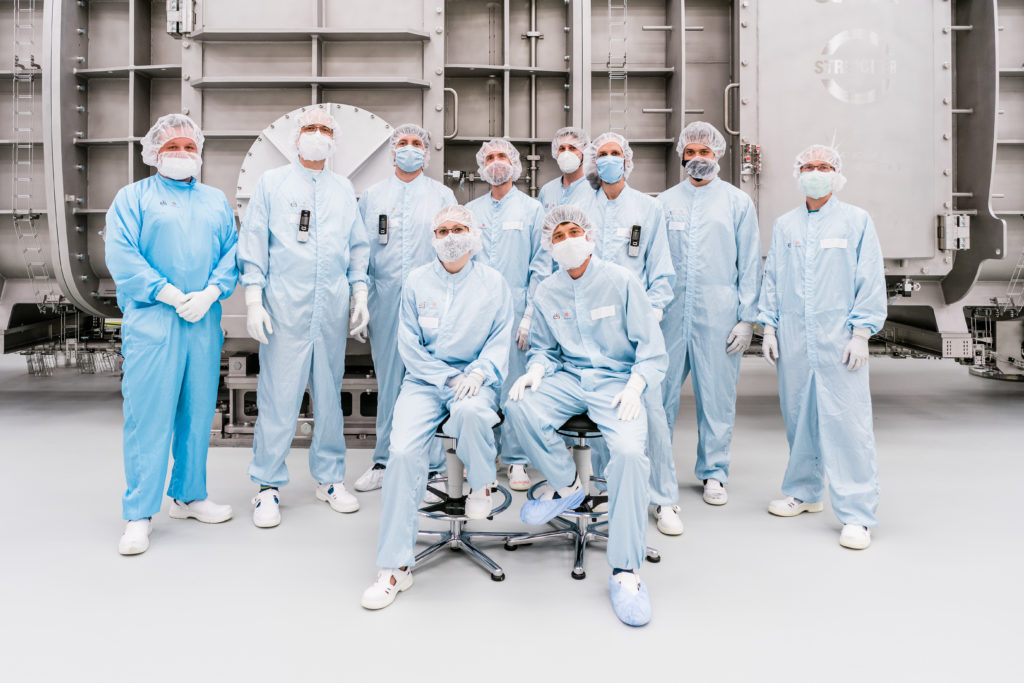