The municipality of Dolní Břežany, in the Central Bohemian region of the Czech Republic, was selected as the best location for the ELI Beamlines research center. The complex consists of three main units: an administrative building, multi functional building and a laser research building. These buildings are capable of accommodating approximately 300 people, and their physical link through their respective sub-building wings facilitates communication between those who are in each, which creates the atmosphere of an academic campus within the complex.

Dolní Břežany is a growing municipality that has a well-developed plan for the use of its land. The urban development also makes it a communication axis that connects the new and historic municipality center and the ELI-Beamlines facility. This impressive center of technology offers its employees and partners a friendly working environment as well as services and activities for relaxation during their time off work. The municipality of Dolní Břežany is connected to Prague through regular public city transport. By 2027, the metro line D is expected to reach to Písnice, which is located 3 km from Dolní Břežany. With the completion of the city ring road R1, it takes about 20 minutes to get from the airport to the ELI-Beamlines facility; it is also easily accessible by using the surrounding highway network.
The ELI-Beamlines facility is built on a brownfield site that has sufficient infrastructure. According to the current zoning plan, the area may be used for public amenities, science, and research. It is, therefore, a place that provides adequate space both for the laser center and for any other buildings that will have similar uses (technology park buildings, spin-off companies, or other research facilities).

The research campus was designed by international architecture and design practice Bogle Architects. The building was multiple recognized both at international and Czech field. It is the winner of 2016 MIPIM Awards, Architecture Week Prague 2015 Award and several other awards.

The campus style buildings and their wings have been constructed on the site in accordance with the regulation study that was provided by local authorities. Based on the town’s planning guidelines, the laser research building is at the southern part of the site with the administrative functions and facilities that are accessible to the public adjacent to the research building and to the north of it. The configuration of the existing terrain was an equally important consideration when setting the placement of the building functions.
The administrative building consists of offices and a series of multifunctional spaces; these are connected by an atrium space. The building’s east/west orientation allows natural ventilation by means of a structured ventricular system. Offices are located in the western part of the building next to the representative lobby. The office area has been designed to hold at least 80 offices, including 20 that accommodate one manager, 40 that hold two people, and 20 offices for three people. The building also has three areas that have been designated as freely available, so-called “open space”; each is able to accommodate 10 people and five development laboratories. The administrative building includes a classroom for 40 students, six meeting rooms that each hold eight people, three lounges for 20 people each, a lecture hall for 150 students, a library, and a media room. In the future there will be a canteen capable of providing 200 reheated meals per day.
The monolithic structure that houses the highly sensitive laser equipment will be isolated from the general structure and designed to withstand a vibration frequency of 30 Hz, which is resistant to external vibration (vehicle traffic, etc.), as well as being air-conditioned and heat stabilized. The laboratories will be located to the west of the isolated laser building. There are testing and metrology laboratories (five rooms, each a minimum of 20 m²), the assembly rooms (three rooms, each a minimum of 30 m²), mechanical and optical workshops (five rooms, each a minimum of 30 m²), laser control rooms and experimental units (four rooms, each a minimum of 20 m²), and an ancillary office and analytical spaces for 75 people (approximately 15 rooms). 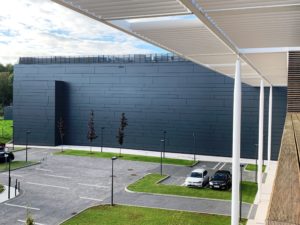 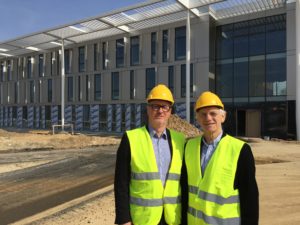 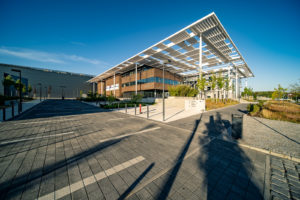 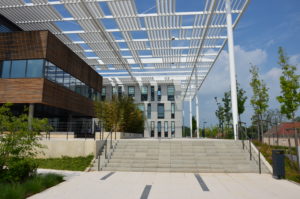 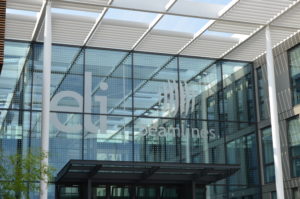 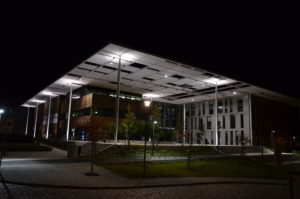 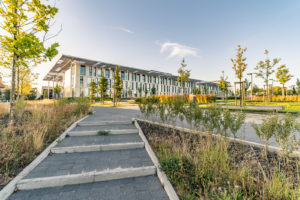 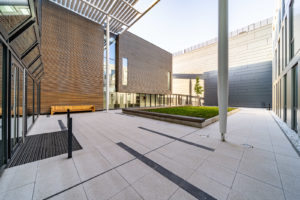 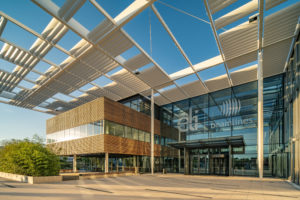 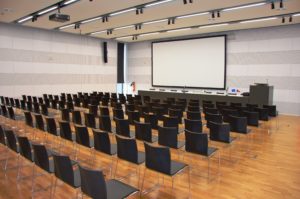 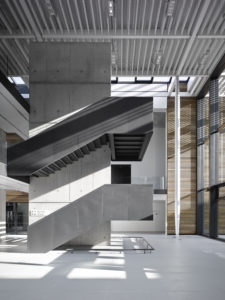