The U.S. National Science Foundation (NSF) and the Czech Science Foundation (GACR) are funding  a new collaborative project of scientists from the University of California San Diego in the U.S. and ELI Beamlines (Institute of Physics of the Czech Academy of Sciences) in the Czech Republic which aims to leverage the capabilities of the ELI Beamlines multi-petawatt laser facility. Researchers hope these experiments can achieve a breakthrough by demonstrating efficient generation of dense gamma-ray beams.

Stellar objects like pulsars can create matter and antimatter directly from light because of their extreme energies. In fact, the magnetic field, or “magnetosphere,” of a pulsar is filled with electrons and positrons that are created by colliding photons.

Reproducing the same phenomena in a laboratory on Earth is extremely challenging. It requires a dense cloud of photons with energies that are millions of times higher than visible light, an achievement that has so far eluded the scientists working in this field. However, theories suggest that high-power lasers ought to be able to produce such a photon cloud.

As the first international laser research infrastructure dedicated to the application of high-power and high-intensity lasers, the Extreme Light Infrastructure (ELI ERIC) facilities will enable such research possibilities. The ELI ERIC is a multi-site research infrastructure based on specialized and complementary facilities ELI Beamlines (Czech Republic) and ELI ALPS (Hungary). The new capabilities at ELI will create the necessary conditions to test the theories in a laboratory.

This project combines theoretical expertise from the University of California San Diego (U.S.), experimental expertise from ELI Beamlines, as well as target fabrication and engineering expertise from General Atomics (U.S.). The roughly $1,000,000 project, jointly funded by NSF and GACR, will be led by Prof. Alexey Arefiev at UC San Diego. Target development for rep-rated deployment will take place at General Atomics, led by Dr. Mario Manuel, while the primary experiments will be conducted at ELI Beamlines by a team led by Dr. Florian Condamine and Dr. Stefan Weber.

Figure 1: Super     computer simulation of energetic gamma-ray emission (yellow arrows) by a dense plasma (green) irradiated by a high-intensity laser beam (red and blue). The laser propagates from left to right, with the emitted photons flying in the same direction. The smooth blue and red regions represent a strong magnetic field generated      by the plasma, whereas the oscillation region corresponds to the laser magnetic field.

The concept for the project was developed by Arefiev’s research group at UC San Diego, which specializes in supercomputer simulations of intense light-matter interactions. The approach for this project leverages an effect that occurs when electrons in a plasma are accelerated to near light speeds by a high-powered laser. This effect is called “relativistic transparency” because it causes a previously opaque dense plasma to become transparent to laser light.

In this regime, extremely strong magnetic fields are generated as the laser propagates through the plasma. During this process, the relativistic electrons oscillate in the magnetic field, which in turn causes the emission of gamma-rays, predominantly in the direction of the laser.

“It is very exciting that we are in a position to generate the sort of magnetic fields that previously only existed in extreme astrophysical objects, such as neutron stars,” says Arefiev. “The ability of the ELI Beamlines lasers to reach very high on-target intensity is the key to achieving this regime.”

These experiments will provide the first statistically relevant study of gamma-ray generation using high-powered lasers. Researchers hope the work will open the way for secondary high-energy photon sources that can be used not only for fundamental physics studies, but also for a range of important industrial applications such as material science, nuclear waste imaging, nuclear fuel assay, security, high-resolution deep-penetration radiography, etc.  Such “extreme imaging” requires robust, reproducible, and well-controlled gamma-ray sources. The present proposal aims exactly at the development of such unprecedented sources.

The experiments will be greatly assisted by another technological advance. Until recently, high-power laser facilities could execute about one shot every hour, which limited the amount of data that could be collected. However, new facilities like ELI Beamlines are capable of multiple shots per second. These capabilities allow for statistical studies of laser-target interactions in ways that were impossible only a few years ago. That means a shift in the way such experiments are designed and executed is necessary to take full advantage of the possibilities.

“The P3 installation at ELI Beamlines is a unique and versatile experimental infrastructure for sophisticated high-field experiments and perfectly adapted to the planned program,” comments Condamine. Weber notes, “This collaboration between San Diego and ELI Beamlines is expected to be a major step forward to bring together the US community and the ELI-team for joint experiments.”

Thus, a major part of this project is training the next generation of scientists at ELI Beamlines to develop techniques that can fully leverage its rep-rated capabilities. UC San Diego students and postdoctoral researchers will also train on rep-rated target deployment and data acquisition on General Atomics’ new GALADRIEL laser facility to help improve the efficiency of the experiments conducted at ELI Beamlines. 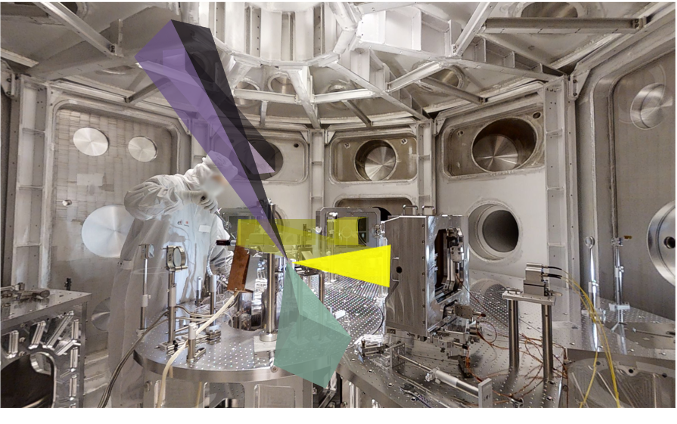 Figure 2: The P3 (Plasma Physics Platform)-installation at ELI Beamlines where the experiments will take place.

“We are thrilled to be working with our counterparts in the Czech Republic to further expand international scientific cooperation in artificial intelligence, nanotechnology, and plasma science research. I am optimistic this will be the first of many collaborative projects between NSF and GACR,     ” says the Director of NSF, Dr. Sethuraman Panchanathan.