This year marks the 10 year anniversary of the official approval of the ELI-Beamlines project in the Czech Republic. It was the beginning of a long and creative period, which brought with it many fundamental challenges not only in the field of science, but also in architecture and construction.
We have accomplished a lot in the last ten years and we still have a lot to do. We are continuing to work toward achieving the target values of laser systems, connecting all experimental halls with laser beams and fully launching user research.
ELI Beamlines is a unique research activity that has no parallel in the Czech Republic. We are pleased with everything that has been achieved so far, and we accept other challenges that await us in the following years.

20 of April, 2011
The European Commission approved the ELI Beamlines.
This is the first of the large projects of the Operational Programme Research and Development for Innovation (OP RDI) to be approved.

2 of August, 2011
The Czech Ministry of Education, Youth and Sports issued a grand decision.

9 of October, 2012
It was organized a ceremonial tapping of the foundation stone. It was a formal act in presence of the prime minister, the president of the Czech Academy of Sciences and the Prague bishop. 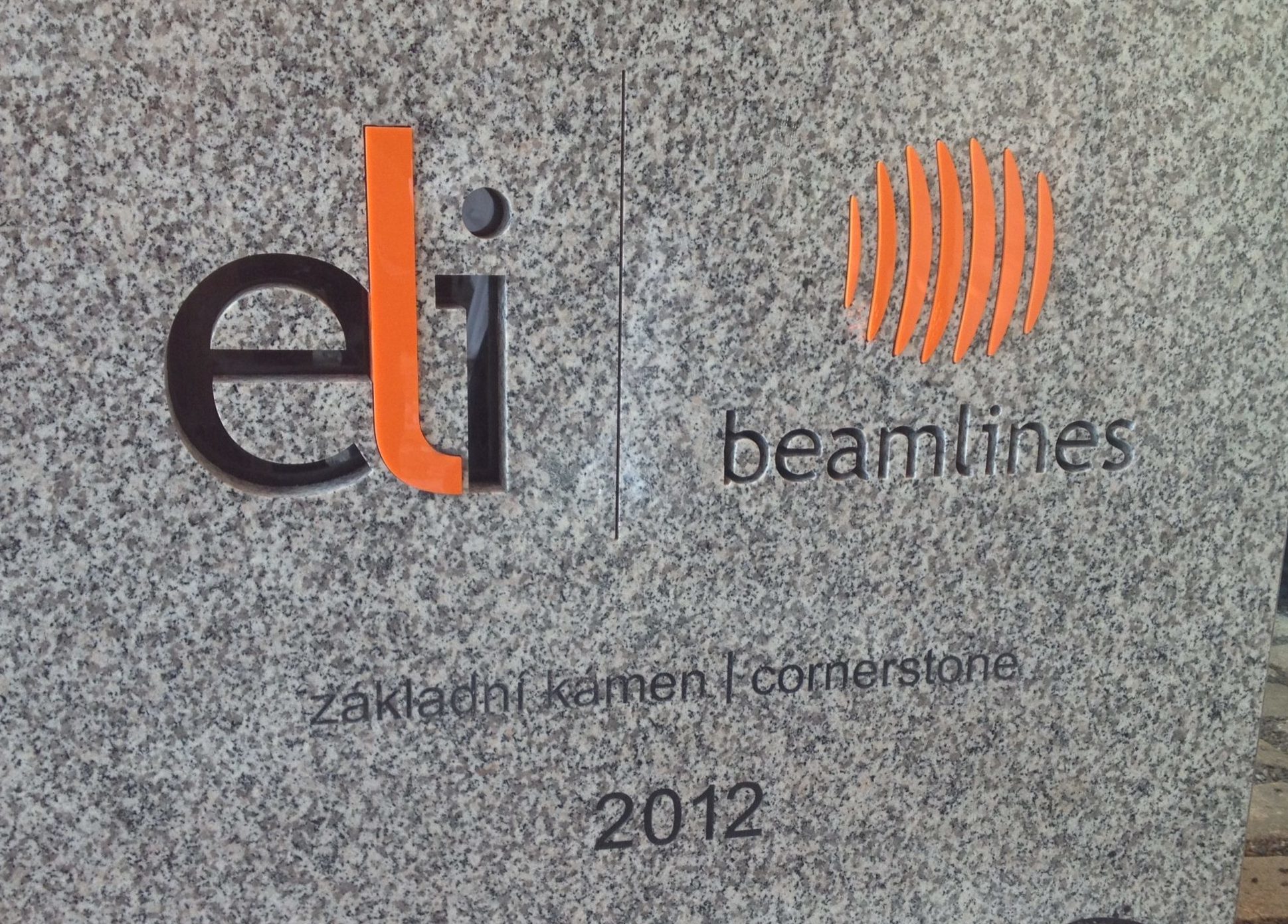 September 2012
The preparatory phase.
The contract was signed with the company Strabag. It did the excavation and secured the construction pit. 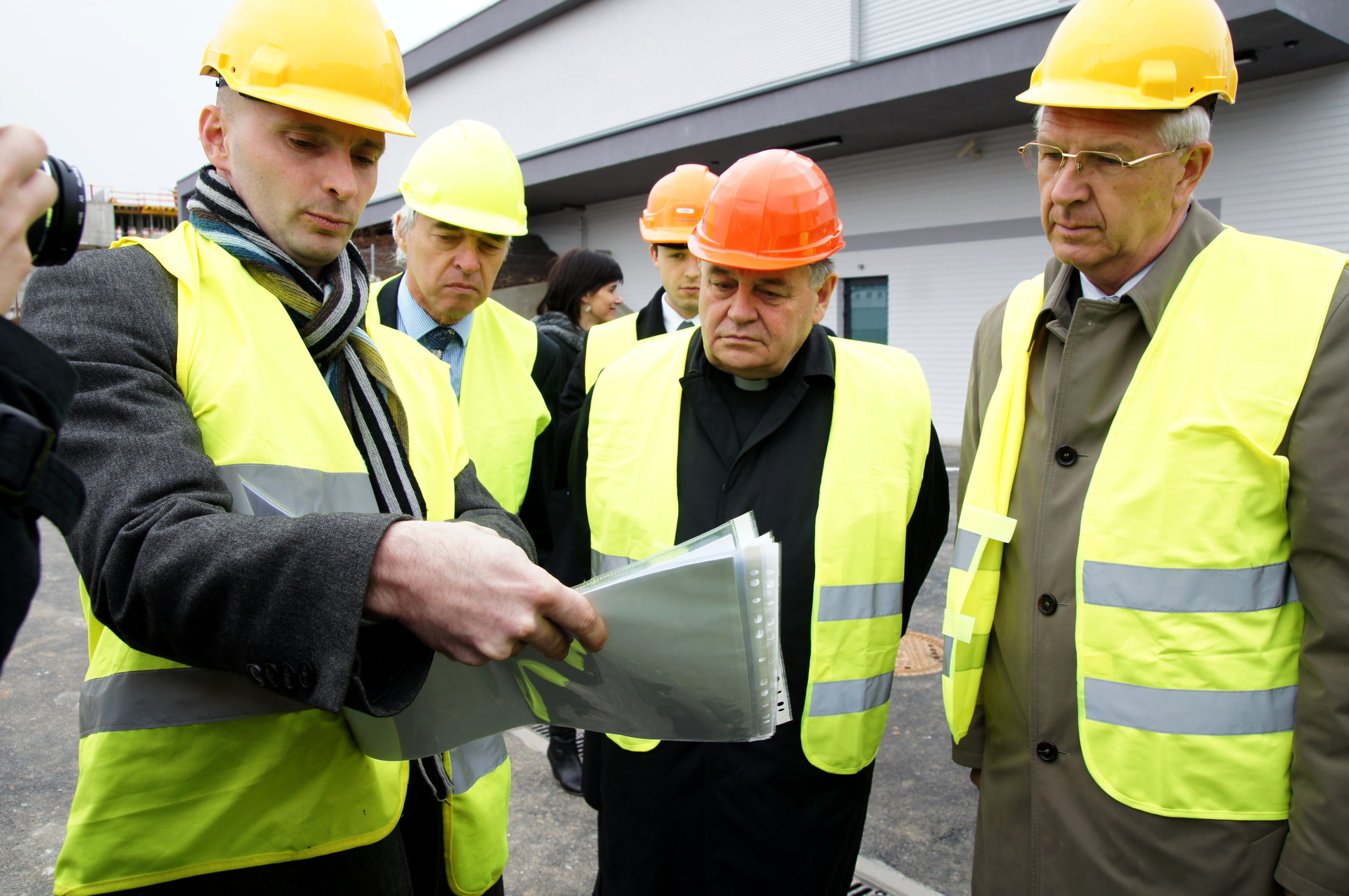 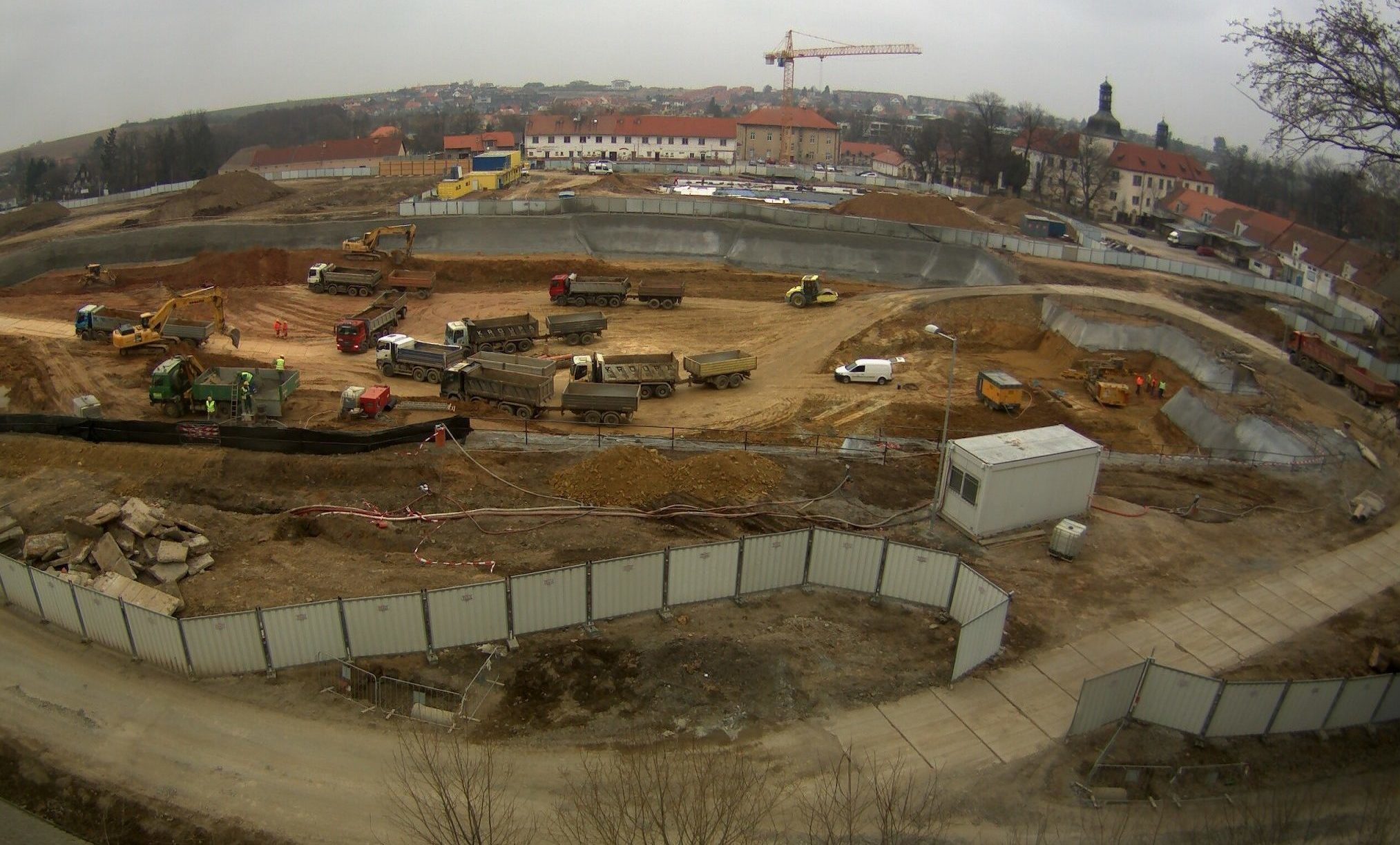 June 2013
Finish of the preparatory phase and beginning of the construction phase
– signing of the contract with the general contractor MVO association. 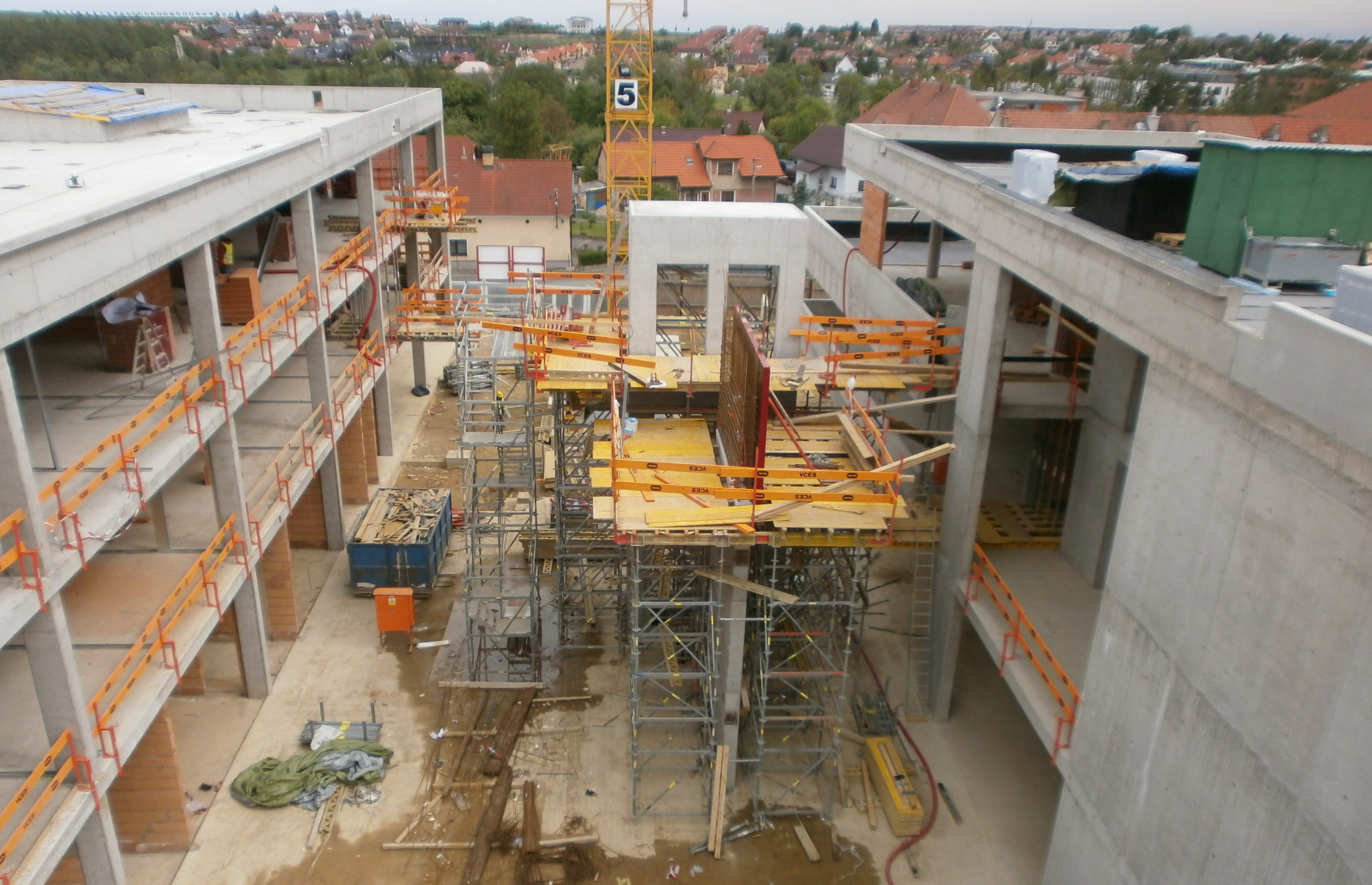 July 2015
Finish of the construction phase of the administration building
– moving to the offices in Dolní Břežany. 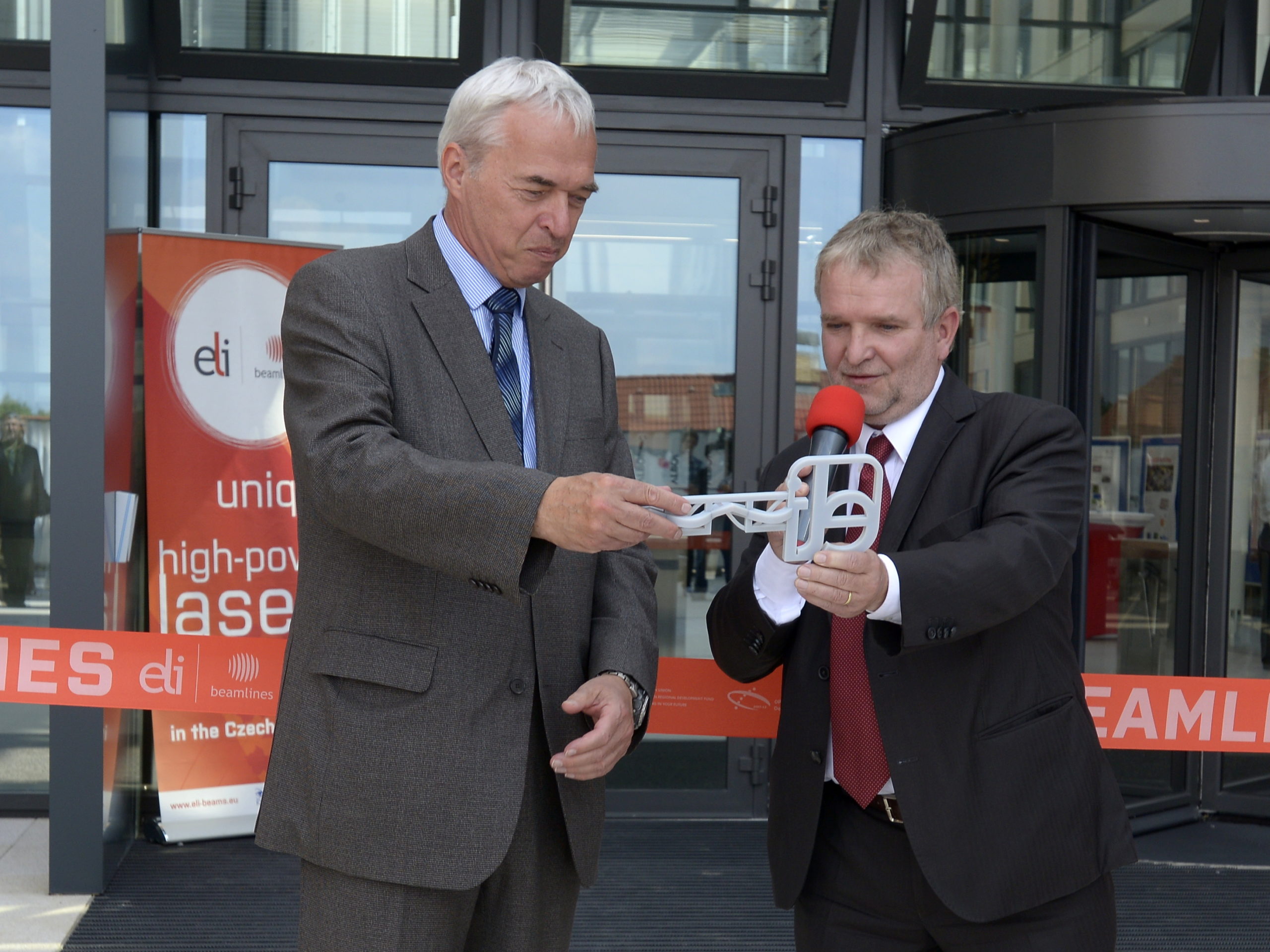 December 2015
Laser halls and labs are finished
– hand over of the building. 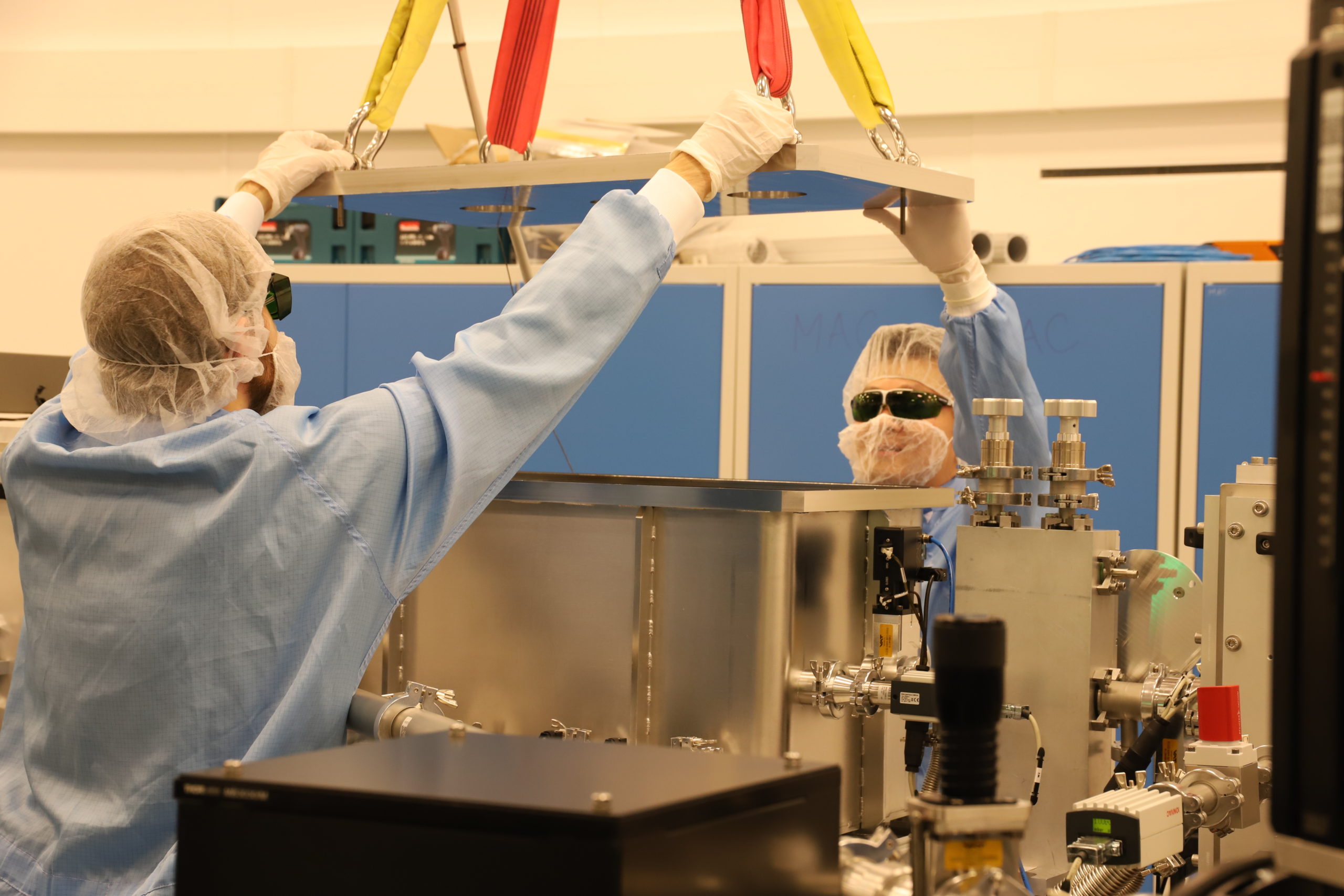 June 2017
Arrival of the L3-HAPLS laser system to ELI Beamlines from the Lawrence Livermore Laboratory.

November 2017
The largest vacuum compressor developed in the Czech Republic by Delong Instruments company is at ELI Beamlines, it is an important part of the L1-Allegra laser system. 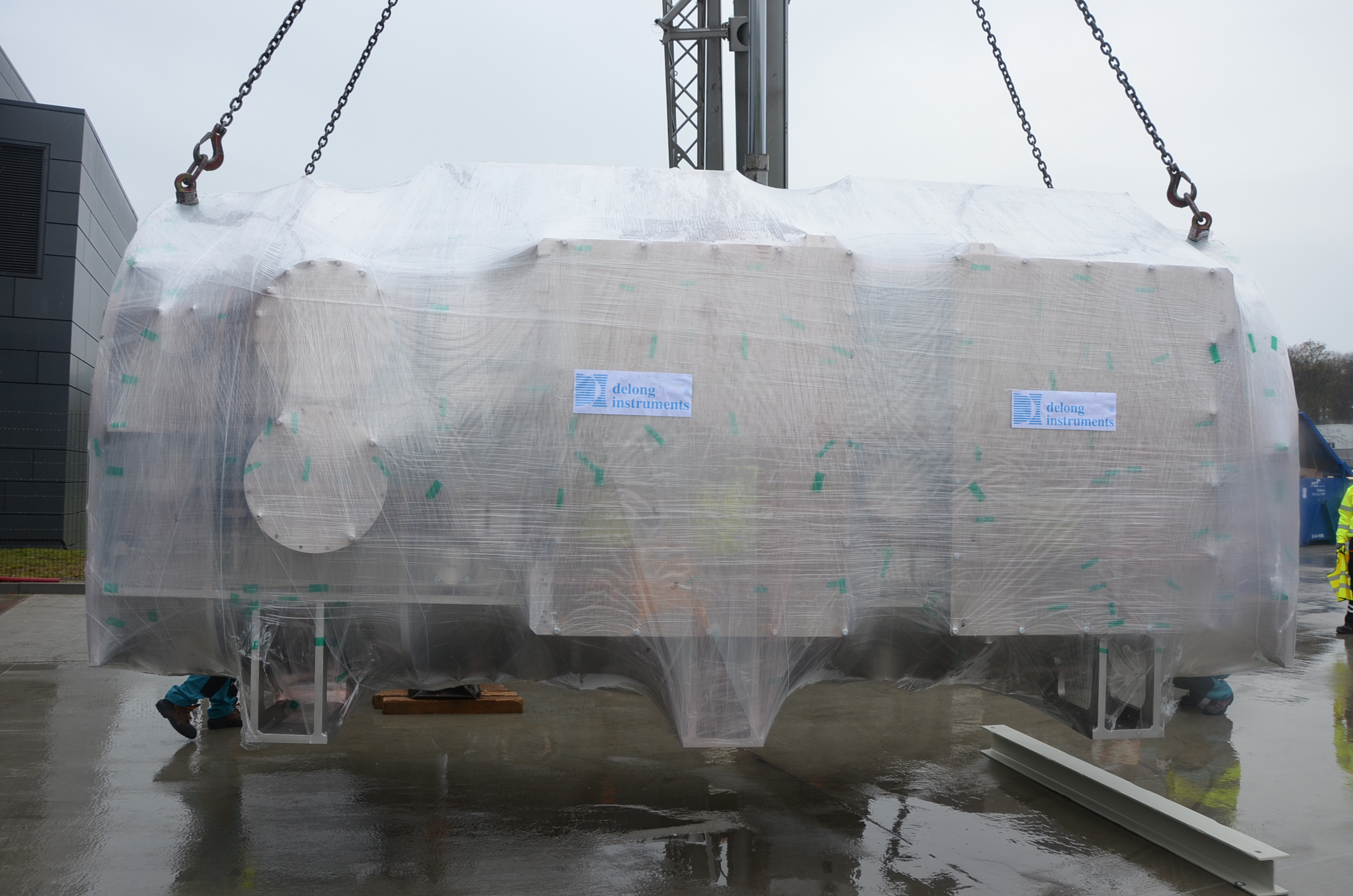 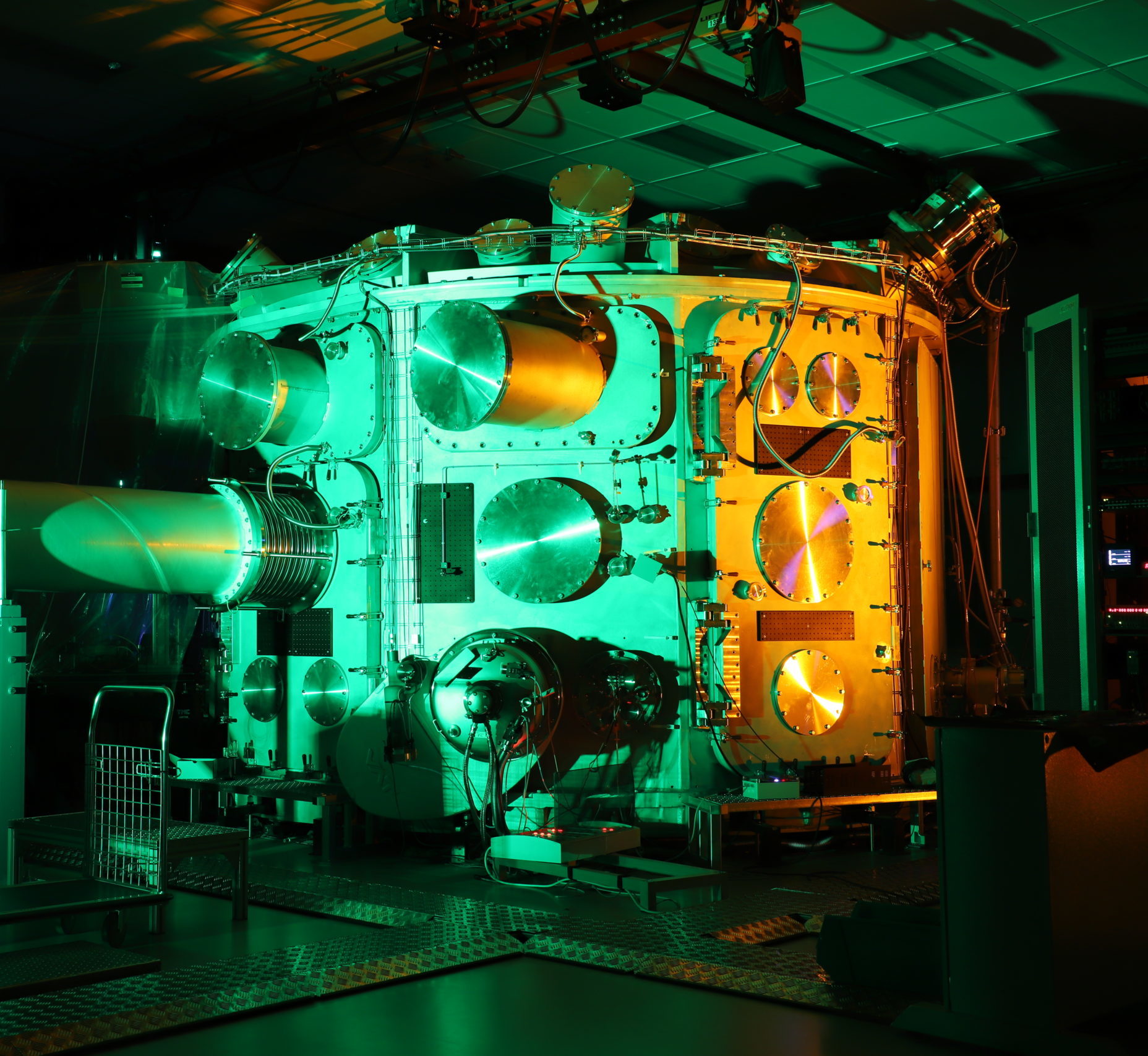 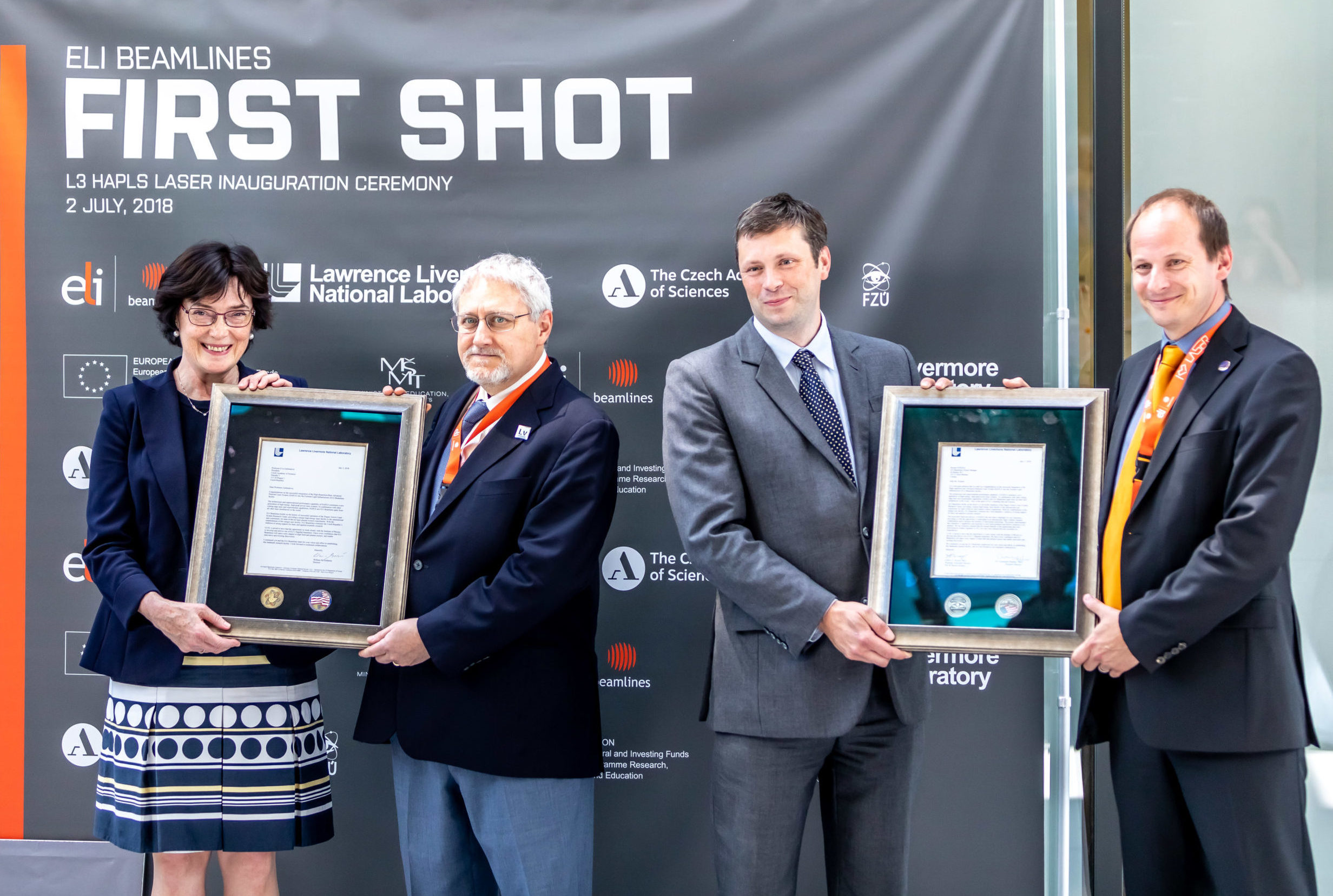 September 2018
The first experiments realized in the experimental hall E1. 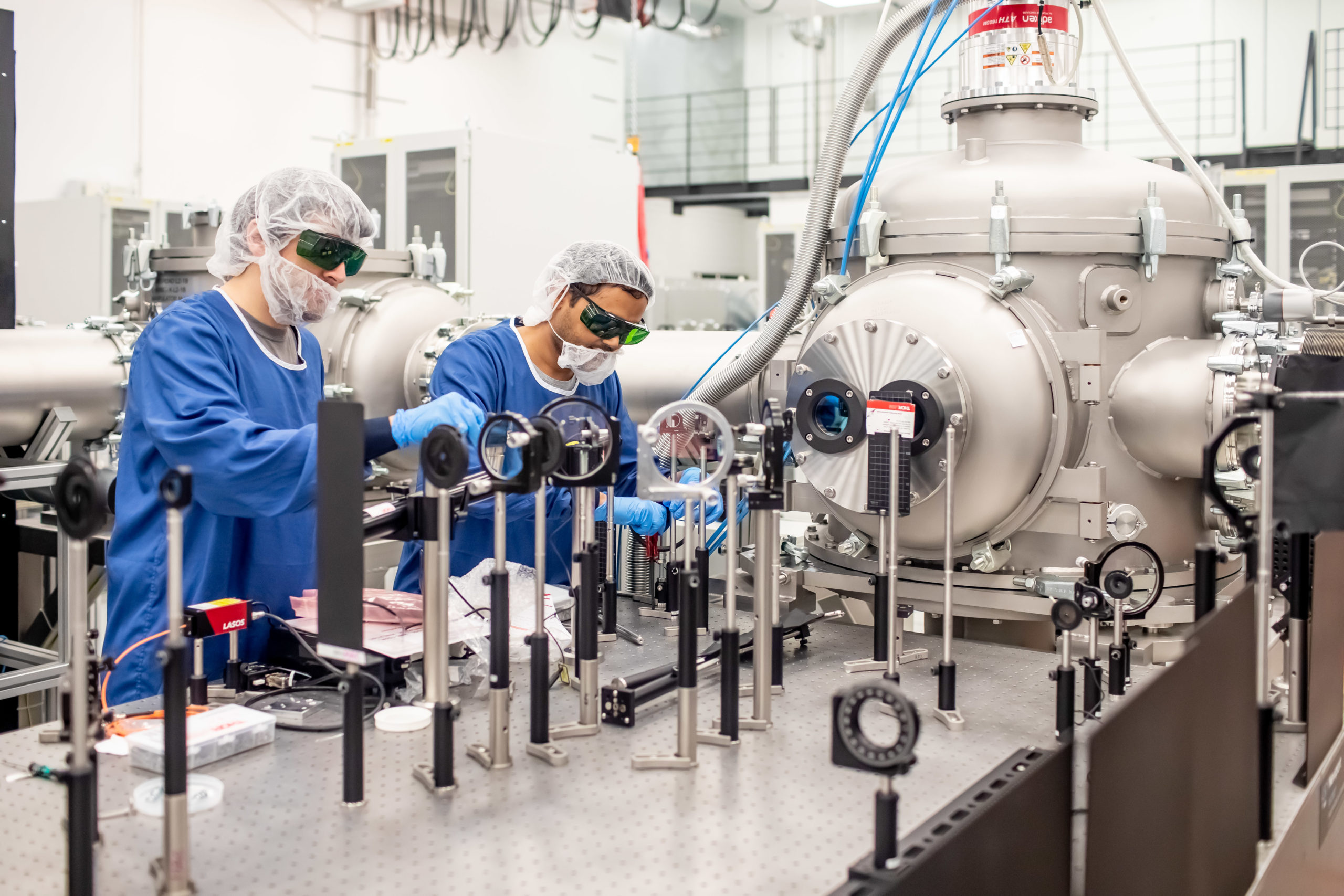 September 2018
Installation of the ELIMAIA-ELIMED technology at ELI Beamlines. 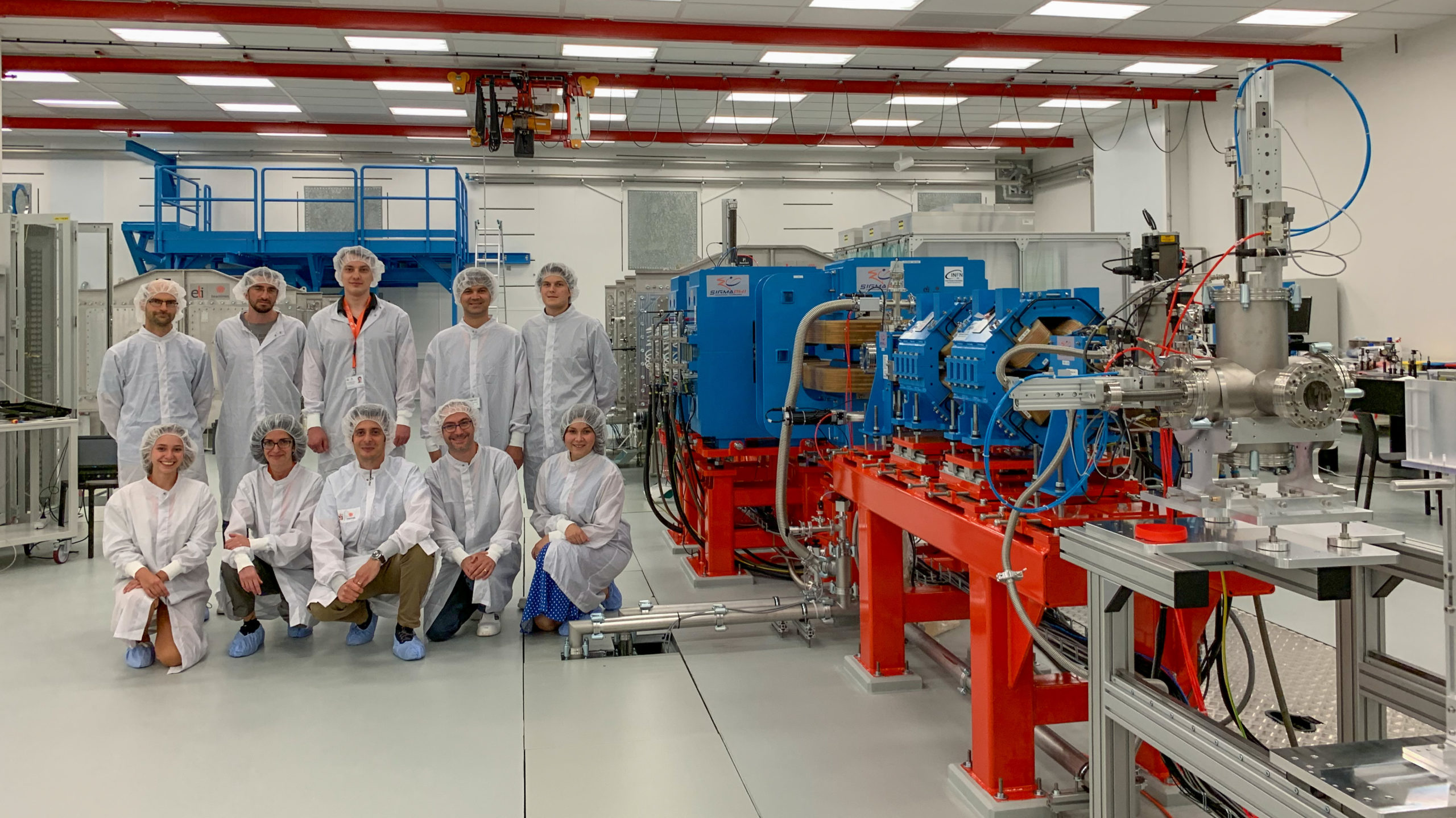 October 2018
Gérard Mourou (the father of ELI) and Donna Strickland were awarded a Nobel Prize in Physics for the invention of chirped pulse amplification, a technique later used to create ultrashort-pulse, very high-intensity (petawatt) laser pulses.

October 2018
First experiments on HHG with the L1-Allegra laser system.

December 2018
The L4-Aton laser system is installed at ELI Beamlines. 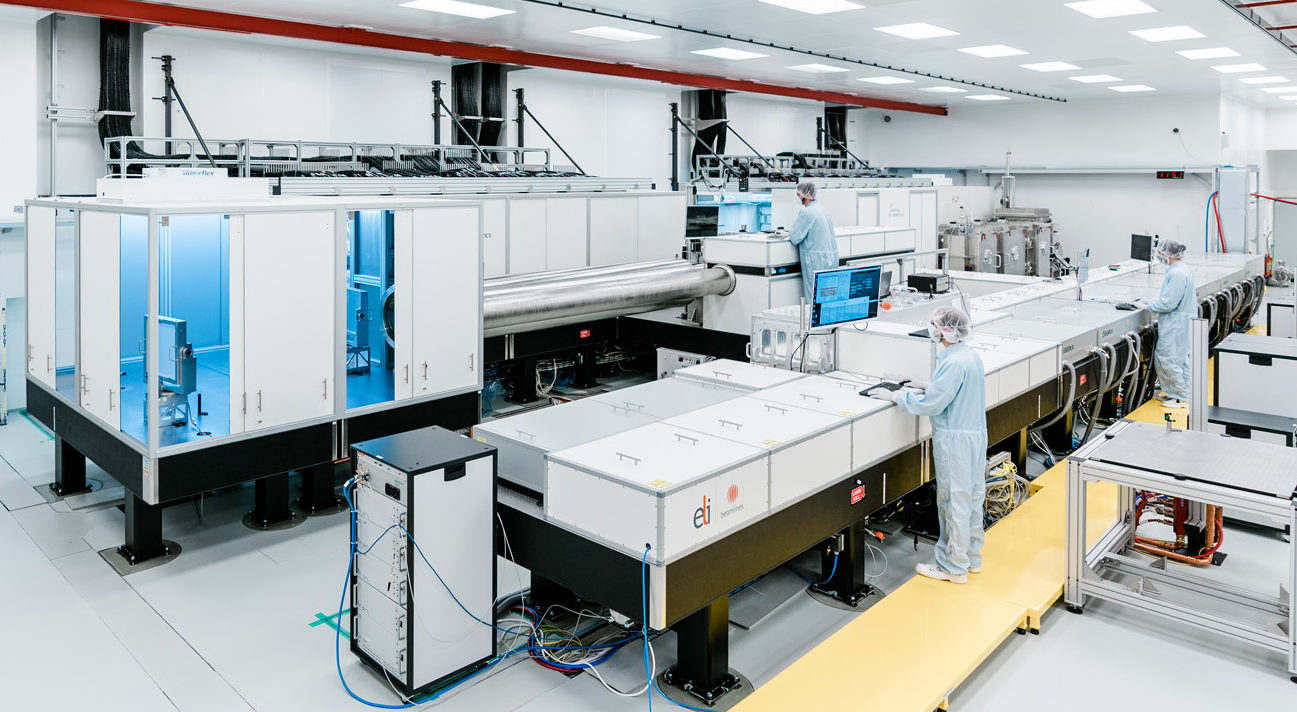 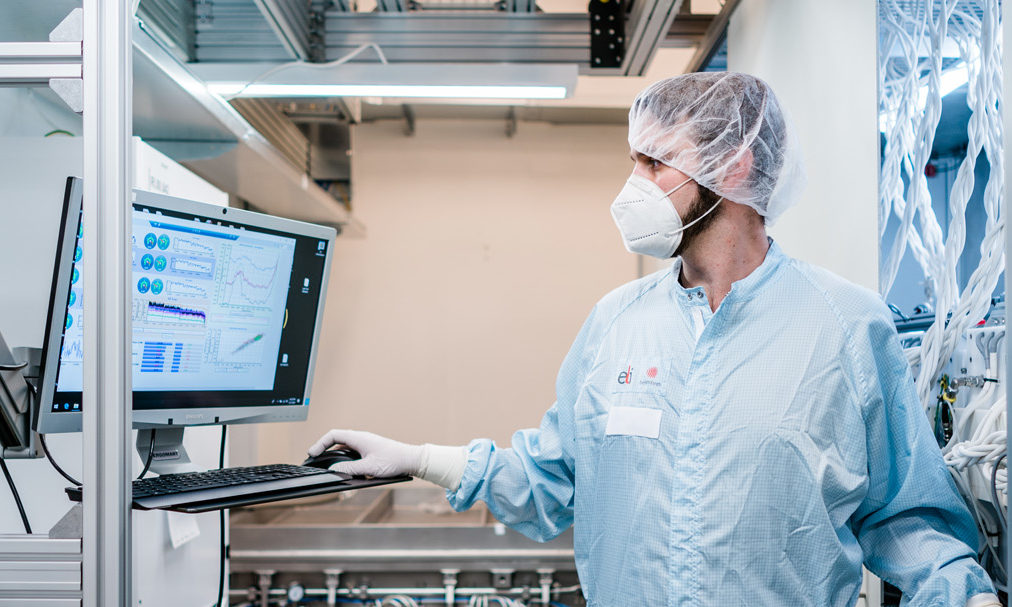 September 2020
János Hajdu, the leader of the ELIMAIA project, was awarded the Gregori Aminoff Prize from the Royal Swedish Academy of Sciences for his fundamental contributions to the development of X-ray free electron laser based structural biology.

February 2021
Inauguration of a new biological laboratory at ELI Beamlines. Janos Hajdu and his team presented main goals and objectives. 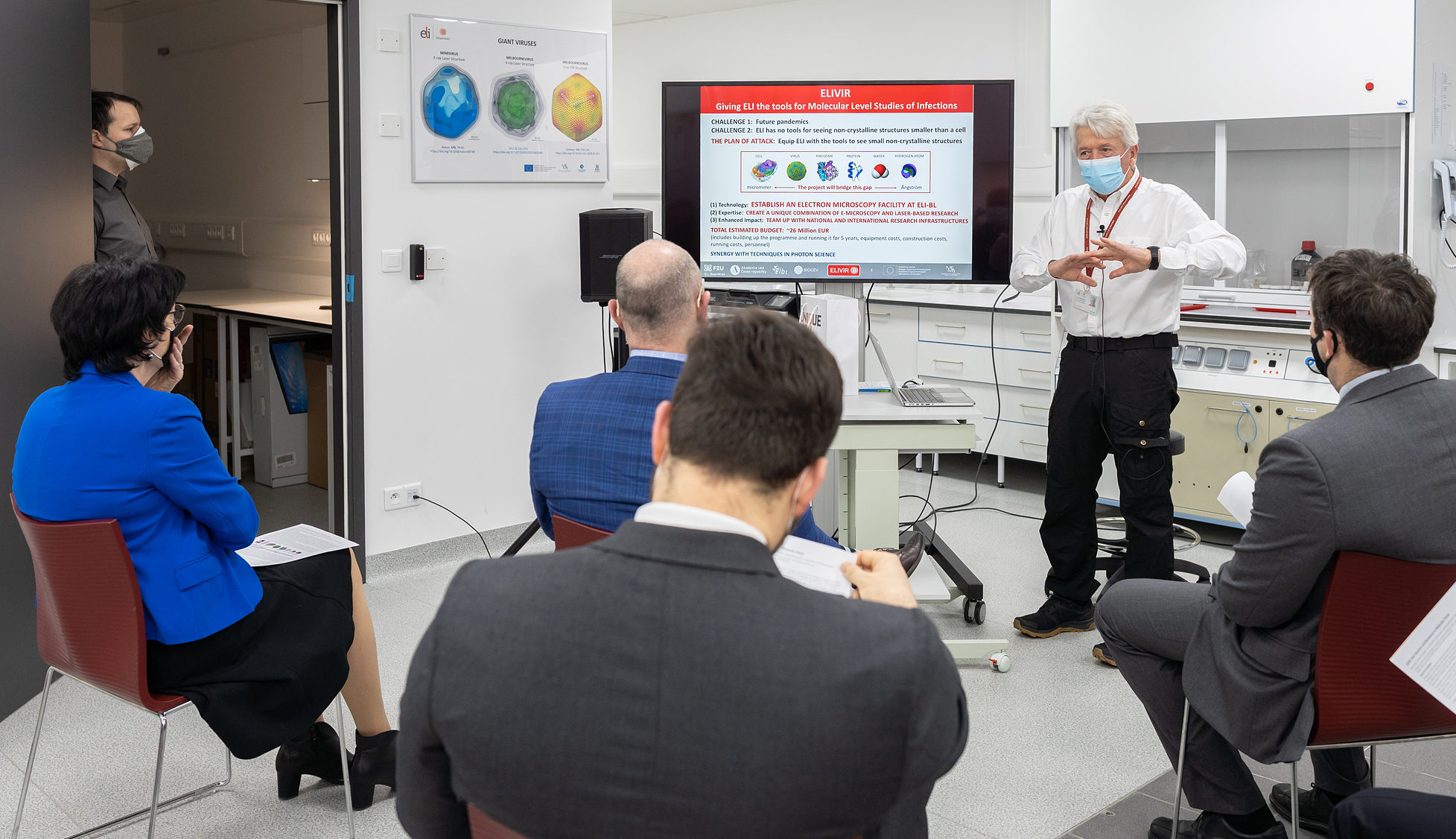 February 2021
Operation of the L3-HAPLS laser system (ELI Beamlines Research Centre) at 0.5 PW level was demonstrated through compression of the full energy output pulses currently generated by the laser chain, in the Petawatt vacuum compressor, together with a 3.3 Hz repetition rate and pulse duration of <30 fs, this is the highest laser peak power ever demonstrated.