International Day of Women and Girls in Science

The 11th of February is the International Day of Women and Girls in Science. This day was declared by the UN General Assembly at the end of 2015. We would like to remind the important role of women and girls in science, and to encourage their participation in research.

“Gender stereotypes, poor attention to successful female scientists who can serve as a role model, and an inadequate or even unfavorable atmosphere in the academic and scientific environment. These are probably the main causes of the under-representation of women in science. We cannot afford to waste the potential of half of humanity ” says UN chief António Guterres.

ELI Beamlines has over thirty women working in various scientific and technical positions. They are great popularizers of science and are able to attract a wide range of listeners with a genuine interest in their work. 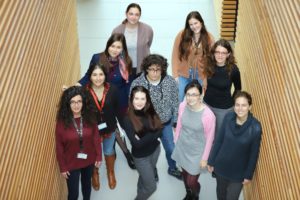 Ladies, don’t be afraid of science and join us at #WomenInScience