The ADONIS-LUIS development aims to accelerate electrons using the Laser Wake Field in a preformed plasma channel in a Sapphire capillary. The capillary discharges are used for various applications: from the compact X-ray lasers and the focusing of the charged particle beams to the ultra-short laser pulse guiding in the electron laser acceleration. A prototype of the discharge setup is under preparation in the LUIS Laboratory in collaboration between the LUIS (Dr. K.Kruchinin, Eng. Dariusz Kocon and Eng. S.Neikrasz) and ELBA teams (Dr.M.Nevrkla) with support from the ELI-Beamlines vacuum and electrician teams. After testing the electrical discharge setup in air, the first discharge in the capillary has been produced successfully this week in the vacuum test chamber, using Nitrogen. The developed control system for the power supply of the discharge setup allows us to control the discharge parameters. After this achievement, the capillary discharge using Hydrogen will be performed, which will open the way towards  finalizing the whole plasma-discharge diagnostics setup and towards  initiating the experimental activity to optimize parameters of the plasma channel in the capillary. In  parallel to the experimental setup development, the modelling of the discharge process in the capillary is in the progress  within the framework of scientific  collaboration between the LUIS team, HiFI team at the ELI-BL and the scientists from the KIAM Institute of the Russian Academy of Science. 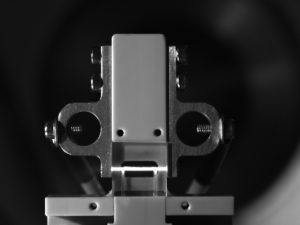 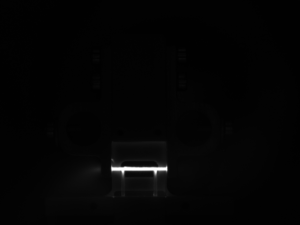